Sebastiano Dessanay is a double bassist, composer and music artist active in the European jazz, contemporary and avant-garde scene.

He currently leads his own jazz combos (trio and quartet) and he is bassist in many projects by artists in classical, jazz, contemporary, folk and pop music. He has extensively recorded as a leader, co-leader and session musician both on the acoustic and electric bass. He writes music highly informed by a strong sense of melody and mixes traditional styles with more experimental material. He has written works for jazz and classical ensembles, for the theatre, opera, dance and visual arts. 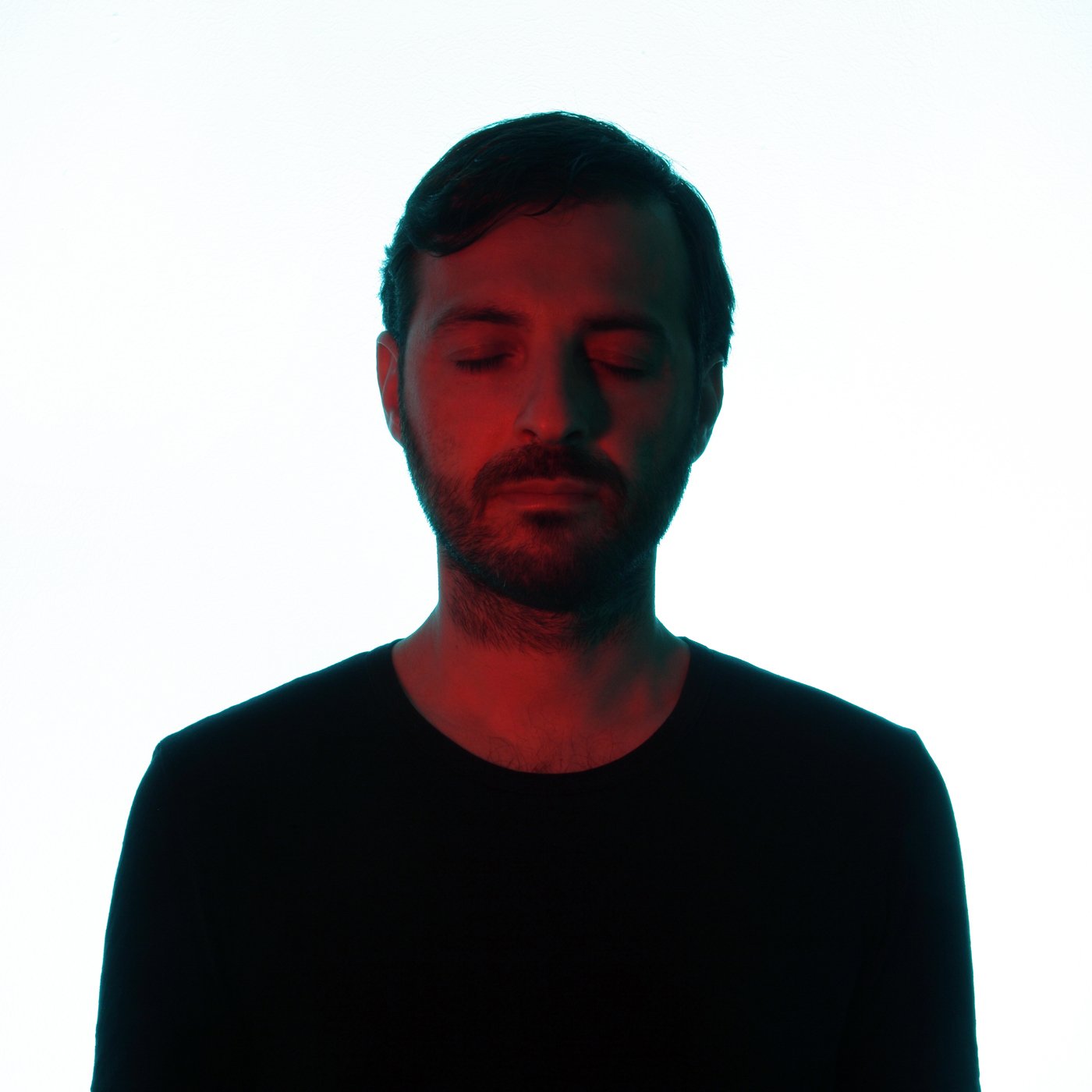 Sebastiano started to play piano and cello when he was ten and then turned to electric bass, playing with different rock and pop bands. Some years later, after having obtained a geology degree at Cagliari University, he started studying double bass and composition at Cagliari Conservatoire where he graduated in 2007.

In November 2007 he moved to UK, in 2009 he completed a Master in Music Composition at the Royal Birmingham Conservatoire, where he also obtained a PhD in Composition in 2014.

Between 2018 and 2019 he created the ambitious 377 project, an art project dedicated to Sardinia. Alone for 14 months, Sebastiano visited the 377 municipalities of Sardinia, one a day, traveling exclusively by bicycle and with a bass ukulele, to tell his island in sounds, words and images. The project will make up a book, a record and a documentary. Thanks to the value of the 377 project, in 2021 he has written the introduction and seven author itineraries for the prestigious Green Guide of Sardinia of the Touring Club Italiano.

Since 2010, he is member of Ed Bennett‘s Decibel ensemble, with whom he recorded three records (Dzama Stories in 2010 with saxophonist Paul Dunmall, Togetherness in 2018, presented on tour in the UK and Ireland, and Psychedelia in 2020).

In 2017 he joined Propellor, a ten piece ensemble featuring members of folk groups McNeill & Heys and The Fair Rain. Propellor’s album Loom was released in 2019 and launched at the Birmingham Town Hall. Currently, Propellor together with electronics pioneer Leafcutter John, is working on the new Flight project, a series of music accompanying a podcast on birds life, conducted by the famous British ornithologist Mark Cocker.

Also, with Rhys Chatham (in A Secret Rose for 100 guitars performed at the Birmingham Town Hall in 2014), Heiner Goebbels (performing Walden with the Birmingham Contemporary Music Group and the Dutch ensemble Klang in 2012), Alvin Curran (performed Nora Sonora in 2007), Frederic Rzewski, Oscar Eldenstein. 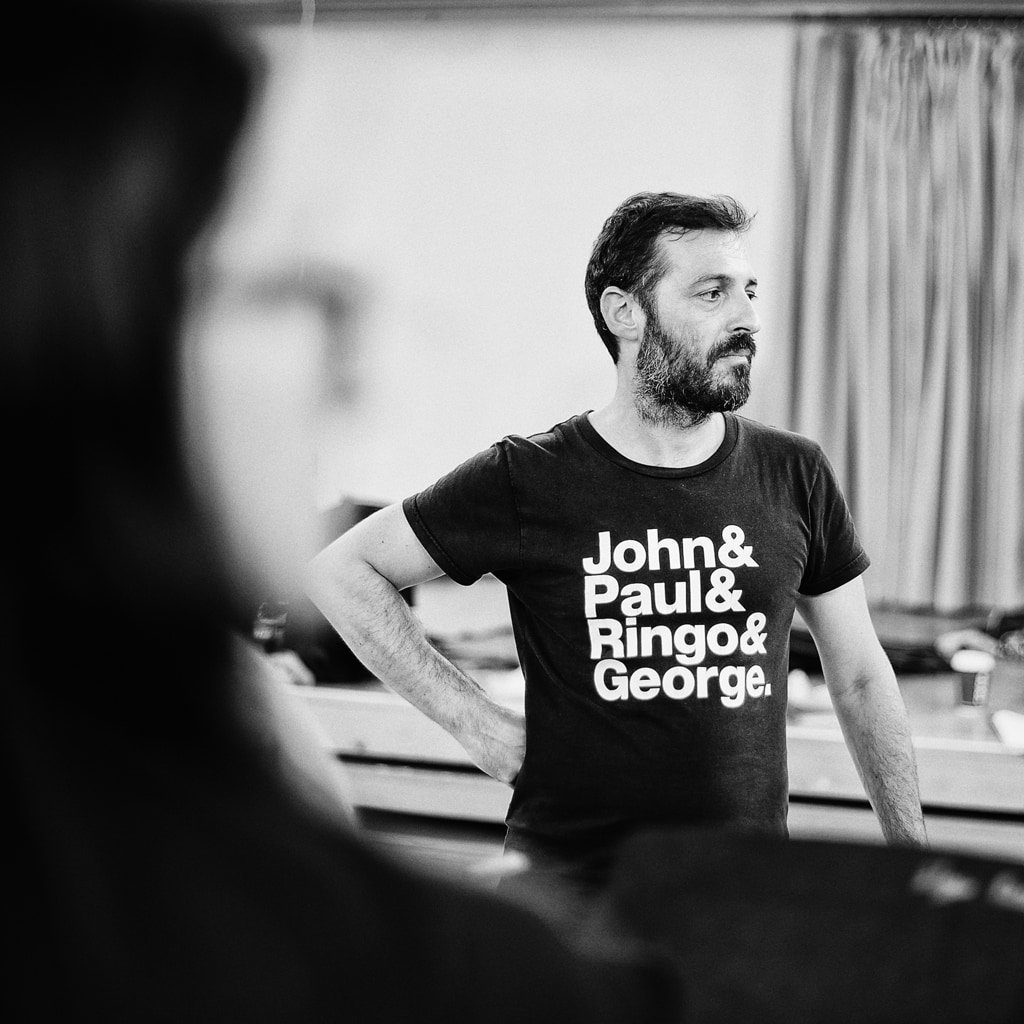 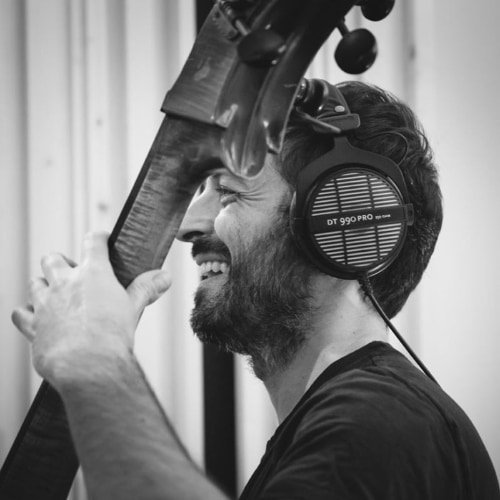 As a double bassist and composer, he works actively across genres and disciplines: in 2017, an act of his chamber opera The Cry of the Double Bass was performed at Tête À Tête contemporary opera festival in London, featuring a double bass quartet and a double bass solo, performed by Sandro Fontoni, principal double bassist at Teatro Lirico di Cagliari.

In 2016, he wrote the music and performed for the theatre piece HIM, by director Sheila Hill, featuring the acclaimed British actor Tim Barlow. HIM toured across the UK, in prestigious venues such as the Royal Festival Hall, the Birmingham REP, the Traverse Theatre in Edinburgh and the Tramway in Glasgow, and received very positive national reviews.

In 2015, he wrote the music for Looking for a voice, a theatre collaborative piece by actress/director Adie Mueller, performed at the MAC in Birmingham.

In 2010, Sebastiano released the DVD Keep Your Hands Off, a graphic animation with his original concept, visuals and soundtrack, featuring images from a private collection of Russian avant-garde paintings.

In 2008, he wrote several pieces to accompany choreographies at The Place school of dance in London. One of these was Janine and Narcissus for Riccardo Buscarini. In 2010, he wrote a sonic soundscape for Riccardo’s piece Family Tree, winner of Premio Prospettiva Danza 2011, Padua.

He has an extensive recording experience (see Discography). He’s released albums as a leader (the most recent Restless Dreams in 2018, Duets of Fool in 2016, and the Songbook Volume One and Volume Two, extensively toured across Europe between 2012 and 2014), as a co-leader, collaborator and session player in many albums, in the realm of jazz, classical, contemporary, folk, popular and rock music.

Prizes and awards have included: Honorable Mention from the International Society of Bassists (ISB) for the composition Noise for double bass and electronics at the 2012 David Walter Composition Competition.

In 2004, he was awarded the 1st prize at Sardinia International Composition Competition with the composition Scherzo for solo double bass.

Sebastiano Dessanay’s music has been performed at:

Sebastiano is an enthusiast music teacher and educator. He taught composition, double bass and music theory at the Royal Birmingham Junior Conservatoire; he collaborates with the Music Department at the University of Birmingham; he was part of the Young Composers Project; he taught the mini double bass to young students in several schools across the Midlands.

This website uses cookies to improve your experience while you navigate through the website. Out of these cookies, the cookies that are categorized as necessary are stored on your browser as they are essential for the working of basic functionalities of the website. We also use third-party cookies that help us analyze and understand how you use this website. These cookies will be stored in your browser only with your consent. You also have the option to opt-out of these cookies. But opting out of some of these cookies may have an effect on your browsing experience.
Necessary Always Enabled
Necessary cookies are absolutely essential for the website to function properly. This category only includes cookies that ensures basic functionalities and security features of the website. These cookies do not store any personal information.
Non-necessary
Any cookies that may not be particularly necessary for the website to function and is used specifically to collect user personal data via analytics, ads, other embedded contents are termed as non-necessary cookies. It is mandatory to procure user consent prior to running these cookies on your website.
SAVE & ACCEPT